my ficrecs are in listography

CREDITS:
Original comic (in Korean) by @GAMJA1214
Translation by @hearteulips (and 젤리 for helping me with the tricky parts!)

Hello! This is Danielle a.k.a.

curryramyeon. I haven't really told anyone explicitly why I deactivated aff, my social media accounts for the EXO fandom, and deleted my journal. Using the words that this person who managed to contact me, it was "unfair [of me] to disappear all of a sudden without an explanation".

I'm really sorry. I had no intention of hurting anybody --- I actually haven't thought that anyone would be angry that I took them down. Really, I am still a fan of EXO. I still love Kyungsoo, although to be honest, I have not been keeping close track of him and the rest of the members long before I deactivated. It's my first time being part of a fandom, and such a large one at that, and I guess I wasn't expecting the slew of things that happened since I started following them last December 2013. A lot were really great stuff. Some, not so much. But then the bad stuff began to outweigh the good stuff, and I guess it wasn't enough for me to be an active part of the fandom.

As for the writing, I uhh, I don't think I'll be writing for EXO anymore. I'm not even sure if I'll pick up writing. There was this person who asked, and no, I'm not a Creative Writing or Lit major. I'm in Biology, and I thought that I should focus on my studies more. I started writing for the fandom when I was dead bored on  real life during a 4-month-vacation, but now I'm... not. That much. Maybe I'll pick it up once I get bored again, since there're still a lot more I can learn to write better.

And yeah, the stories I wrote are just fiction. They are NOT, in any way, a representation to the real idols that I wrote. Kim Jongin may or may not be a "hopeless romantic" or an "irrational goofball for Kyungsoo bby" or to anyone, and Do Kyungsoo may or may not be a super socially awkward guy or an insufferable asshole. Who knows? I certainly have no clue. I do not know them. They are not my friends. I do not know for certain how they will act in a situation. Sure, maybe just an idea --- my idea --- but that's it. I didn't intend my fics to be used in arguments regarding whether Real Life Kyungsoo Would Do This or Wouldn't Do This. That was never what I had in mind when I started writing. I can't stress this enough.

Confession: I initially thought of deleting everything, clean slate and all, but I was also one of those guys who mourned when a fic was taken off the board, so I orphaned the fics on archive of our own. For easy access, it will all be under curryramyeon (orphan_account). None of those fics will be linked back to my actual account, so. Yeah. Do whatever you want with them (except, you know, as basis for uncivil arguments of any kind, like I said. The stupid ugly shit I wrote will never even pass as evidence under an actual court of law, let's be real here).

Have an awesome day, everybody!

( Collapse )
I'VE ALWAYS WANTED TO TRANSLATE THIS. I'm so giddy I got the permission to translate it hehe.
#카디_전력 is the hashtag for Kadi Power (Power of Kaisoo). Check out the tag in twitter to see more kadi fanarts (and fanfics--in Korean)!


CREDITS:
Original comic (in Korean) by @SORIJURIM
Translations by @hearteulips 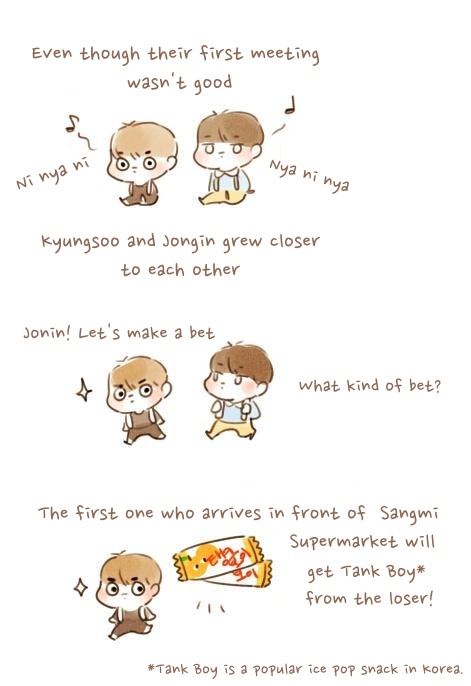 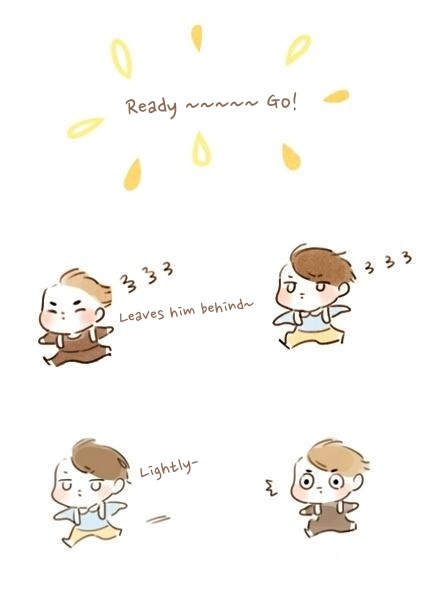 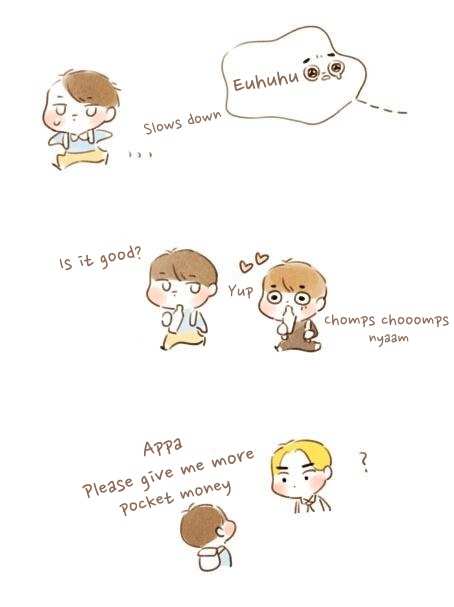 P.S. - I don't know who is Kai and who is Jongin. It was not stated in the comic, obviously. Guess with me? :D


Credits:
Original comic (in Korean) by @TTOON00
Translation by hearteulips

I was supposed to write an essay but--

Based on the 150223 Chatting Event with Kyungsoo~
( Collapse )
CREDITS:
Original art (in Korean) by @SesaHomo
Translation by @hearteulips

Original Comic (in Korean) by @GAMJA1214
Translation, cleaning, and typesetting by @hearteulips

Raminn is perfect I would be honored to translate all her kaisoo comics tbh. If you don't know her, check out her twitter!

Translator's Note:
하나하키병 (Hanahaki Byeong, 花吐き病): n. A disease of the human system that cough up flowers due to severe one-sided love. Its infection route is through contact with vomited flowers. In order to fully recover the disease, the one’s love must be fulfilled. (source)